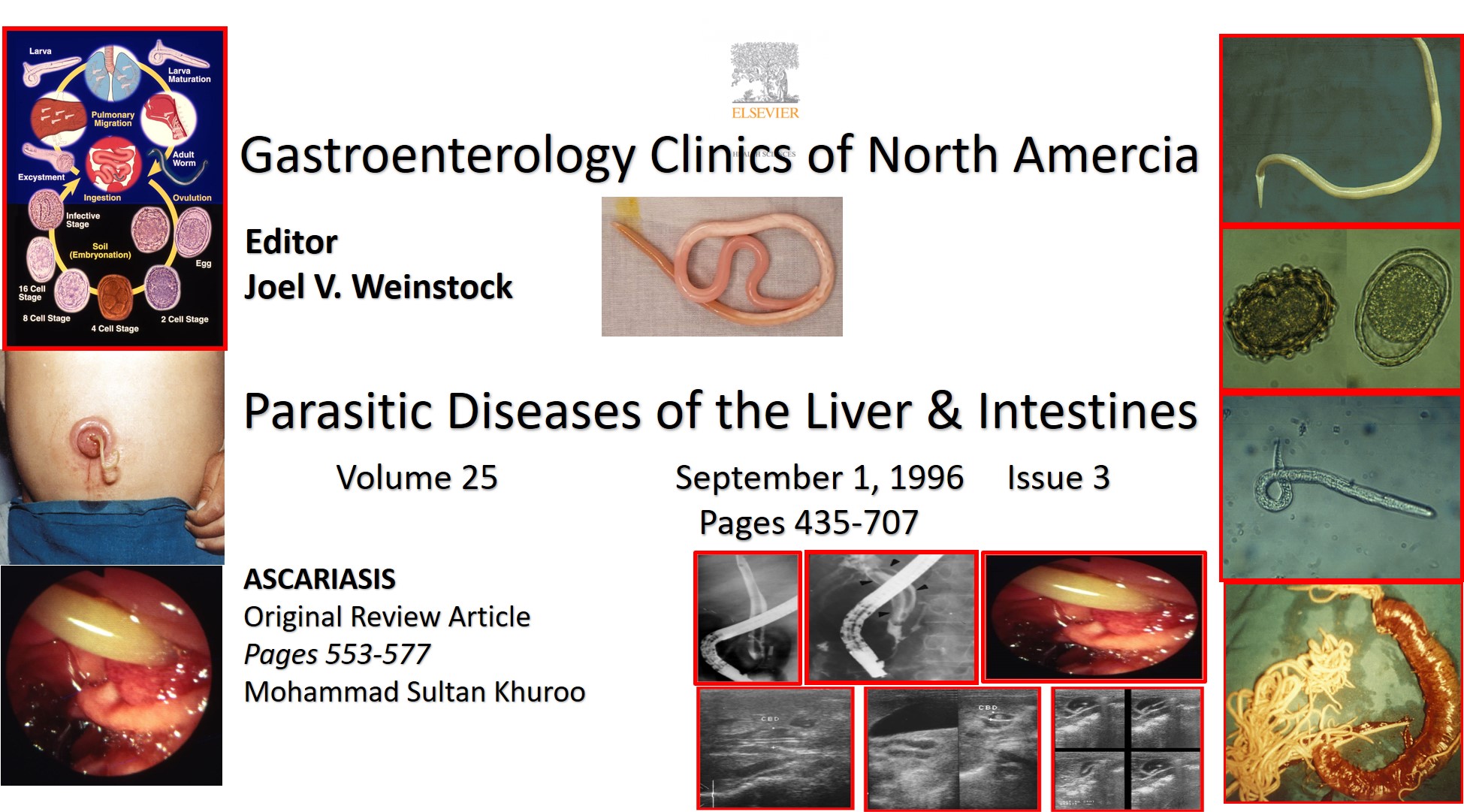 Fun of writing about that wormy world When the worms impregnated my American Secretary!


Fun of writing about that wormy world! When the worms impregnated my American Secretary!


Fun of writing about “that wormy world”! When the worms impregnated my American Secretary!

“Gastroenterology Clinics of North America” was to publish volume 25, number 3 (September 1, 1996) on “Parasitic Diseases of Liver and Intestines”. Prof. Joel V. Weinstock, Chief Division of Gastroenterology/Hepatology, Tufts University School of Medicine edited this volume. He invited me to write a chapter on “Ascariasis”. I wrote the review along with well-designed images and graphics on the parasite. Prior to sending it to the editor, I asked my American Secretary [Lucey, name withheld] at King Faisal Specialist Hospital & Research Centre, Riyadh, Saudi Arabia to edit & retype it in the Journal format. She completed the job in few days and I despatched the article to the editor of the “Clinics”. Over the next few days, I watched Lucey (the American Secretary) throwing up every morning (vomiting) on the washbasin. I had seen her with her boyfriend in the cafeteria. I asked her, “Lucey, what is going on. Is your boyfriend so active? Are you expecting (pregnant)?”. She replied “No, Doc., I have ben impregnated by your review article!” I was shell-shocked as to how a written matter can impregnate an American Lady. To that, this is what she answered, “Doc., Since I have read, edited and drafted your article on Ascariasis, I see round worms moving in my belly, chest, on my skin and around in the room all the time. It gives me a terrible sensation and I feel miserable. However, as soon as I reach the office and see you, the sensation is so intense, that I start throwing up. I have been impregnated by these round worms.” I apologized for the misery she passed through and allowed her off (leave) for a week to de-impregnate herself from the worms through support from her boyfriend. While so, the 25-page review article on Ascariasis in “Gastroenterology Clinics of North America” with its classical figures and graphics became a treasure on the subject and is referred very often in literature. Years after, Lucey told me that she has never ordered or eaten Spaghetti/noodles as the idea/view makes her to remember the akin structures namely the worms.